This ground-breaking collaboration brings together one of the world’s largest and most respected conservation organisations with the cutting-edge interdisciplinary research of the Oxford Martin School, led by Professor Myles Allen, Professor Yadvinder Malhi, and Professor E.J. Milner-Gulland. 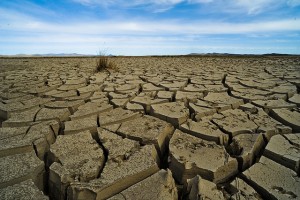 As the evidence for human influence on global climate becomes ever clearer, demand is growing for much more specific information about how climate change is affecting human and natural systems around the world. The 5th Assessment of the Intergovernmental Panel on Climate Change (IPCC), reflecting the current literature, largely avoided attributing specific impacts to human influence, focussing instead on relating impacts to overall observed climatic changes, irrespective of their causes. Yet with “Loss and Damage” now officially on the agenda of international climate change negotiations under the UNFCCC, the issue cannot be avoided forever.

The reason the problem is challenging is the complexity of the relationship between climate change, extreme weather and climate impacts on human and natural systems at the landscape scale. This is compounded by the lack of understanding of how human responses to these impacts, and to mitigation actions, feed back through into ecosystem change. In general, the relationships between weather drivers and ecosystem function, flood risk and crop yields are highly non-linear, such that it is changing risks of extreme weather events (such as droughts, floods, heatwaves, cold snaps or intense storms), rather than slow changes in average climate, that are the main drivers of impact. It is such extreme events that are likely to drive species and biosphere responses to climate change, not the change in mean conditions as embodied in most conventional studies of climate impacts on ecosystems. Similarly, people are unlikely to respond straightforwardly to incentives to change their behaviour, so predicting the actual impact of climate mitigation actions is challenging.

We need to know what climate change is doing to us, and to the functioning and diversity of the planetary biosphere and the carbon balance of the planet. Certain nations are convinced that climate change is bringing them net benefits in terms of food production or avoidance of extreme cold events. Others are equally convinced that they are already being adversely affected – and in all cases the scientific support for these assessments is limited. Quantitative evidence for non-monetized impacts, such as on biodiversity and ecosystem services, is even weaker. Over the coming decade, the demand for a more robust and dynamic understanding of climate change impacts will be overwhelming, and academia needs to rise to the challenge.

Two distinct problems have emerged from the study of climate change. Firstly, extreme weather events rather than slow changes in average temperatures will have the biggest impact on our environment in the next few years, meaning that we need to understand the changing risks. Secondly, predicting the impact of mitigation efforts is difficult but vital for making the best decisions about land use.

The ‘Oxford Martin TNC Climate Partnership’ will address the need to improve our understanding of the effects of climate change on ecosystems and also the impact of human response to those changes. The initial focus is on research in South America where work is designed to inform land management decisions, such as reforestation efforts.

The first three years of the partnership will focus on the following areas:

This aspect of the Climate Partnership is led by Professor Myles Allen. His Climate Dynamics group will extend the University of Oxford’s existing weather@home volunteer computing project to the Amazon region and analyse the impact of recent extreme weather events on the Amazonian biosphere, including the El Niño of 2015/2016.

This work ultimately aims to provide a better understanding of the risk of extreme weather events and will be used to assess extreme events while they are still unfolding, looking at what role climate change played in the likelihood of that event.

A second feature of the Climate Partnership will be led by Professor Yadvinder Malhi and his Ecosystems Laboratory  which will develop and apply a complex vegetation model to the Amazon region in order to understand the impacts of extreme weather events on biodiversity and ecosystem function, as well as reforestation efforts.

Building on models already developed by the Oxford Centre for Tropical Forests, the team will seek to develop improved estimates of how carbon stocks, biogeochemical and water cycles and biodiversity will respond to climate change and how tree diversity might ameliorate some aspects of responses to extreme weather.

The combined team from the Oxford Martin School and The Nature Conservancy has the potential to make major inroads in deepening our understanding of how climate change and our efforts to mitigate it will have an impact on important areas of biodiversity, and of the role that biodiversity can play in mitigation efforts. The research aims to contribute to better understanding of climate change and the long-term conservation of vital ecosystems.

About the project partners

The Oxford Martin School at the University of Oxford is a world-leading centre of pioneering research that addresses global challenges.

We invest in research that cuts across disciplines to tackle a wide range of issues such as climate change, disease and inequality. We support novel, high risk and multidisciplinary projects that may not fit within conventional funding channels. We do this because breaking boundaries can produce results that could dramatically improve the wellbeing of this and future generations. We seek to make an impact by taking new approaches to global problems, through scientific and intellectual discovery, by developing policy recommendations and working with a wide range of stakeholders to translate them into action.

To keep up with current Conservancy news, follow@nature_press on Twitter.