On November 14th 2016 Professor Hugh Possingham became The Chief Scientist of The Nature Conservancy, the world’s largest environmental non-government organization.  He is based in Arlington Virginia (USA) and Brisbane (Australia).

Hugh and Dr Barry Traill wrote “The Brigalow Declaration”, used by Premier Beattie to more than halve land clearing in Queensland thereby reducing greenhouse gas emissions in Australia by more than 5% per annum and saving one million acres per year from conversion which amounts to saving 20 million birds, mammals, reptiles and amphibians per year.

The Possingham lab uses mathematics to formulate and solve problems for saving plants, animals and ecosystems.  They developed the most widely used conservation planning software in the world.  Marxan was used to underpin the rezoning of the Great Barrier Reef and is currently used in over 150 countries by over 6000 users – from the UK and USA to Malaysia and Brazil – to build the world’s marine and terrestrial landscape plans.  Marxan can be used to achieve conservation outcomes while maximizing development opportunities.  In addition, many governments and ENGOs use the group’s research for the allocation of funding to threatened species recovery and solving other conservation conundrums.  Marxan has assisted the conservation rezoning of about 5% of the planet.

Hugh has sat on innumerable boards and expert advisory committee.  He was the inaugural chair of the Australian federal government Biological Diversity Advisory Committee.  He is a founding member of the Wentworth Group that lead Australia’s water reforms.  With Dr Martine Maron and others he developed a credible but expedient biodiversity offset calculator that is having global impact.  The idea of using basic cost-effective decision-making, developed with Dr Liana Joseph and Dr Richard Maloney, is is changing how we allocate money to threatened species and conservation actions around the world.

Possingham has coauthored 650+ refereed publications covered by the Web of Science (27 in Science, Nature or PNAS). He has supervised (or is supervising) 80 PhD students and 50 postdoctoral fellows.

In 2016, Hugh was elected a foreign associate of the US National Academy of Sciences, the most prestigious science academy in the world.  He is one of less than 500 foreign associates in the NAS – and the only one resident in Queensland.

He has one psychological disorder, a compulsive desire to watch birds. 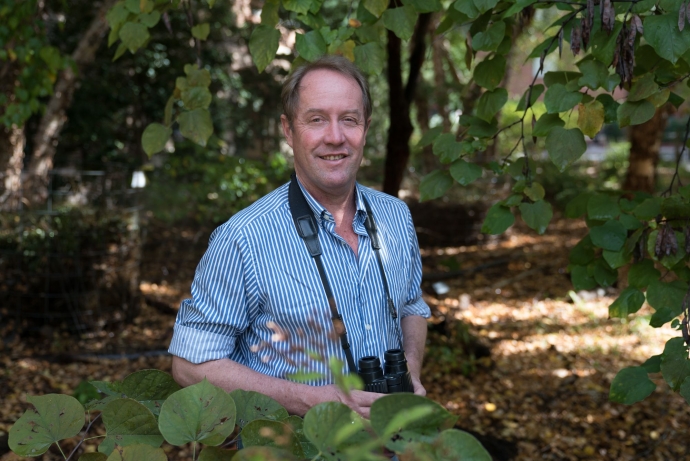