Research to action: enhancing marine conservation and fisheries policy for biodiversity and well-being outcomes in Indonesia. 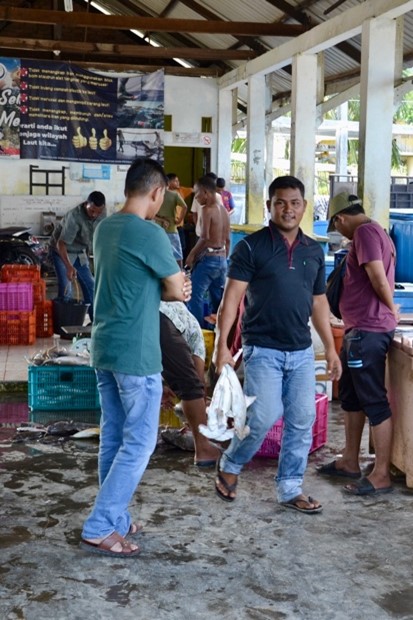 Ocean ecosystems and the services they provide to people are threatened by overexploitation. Large, long-lived marine animals (‘marine megafauna’) are amongst the world's most threatened species. For example, over one third of shark species are threatened with extinction, and oceanic shark populations have declined by more than 70% in 50-years, primarily due to overfishing. This compromises ecosystem productivity, marine tourism and associated socio-economic development. There is a need to halt overfishing and put marine biodiversity on a pathway to recovery, in accordance with Convention on Biological Diversity’s (CBD) post-2020 strategy and the Sustainable Development Goals.

However, use of ocean resources also provides food and jobs for billions of people - and is projected to contribute US$3 trillion to the global economy by 2030 via ‘blue growth’. This creates a 'triple challenge' for food security, livelihoods, and biodiversity; and requires innovative ocean management polices to simultaneously deliver on environmental and development goals and a post-COVID ‘Green Recovery’.

Indonesia is a priority country for solving this triple ocean challenge. It is located at the heart of The Coral Triangle - the global epicentre of marine biodiversity; and the country is highly dependent on marine resources, with one of the world’s largest fishery footprints. Moreover, roughly 99% of Indonesia’s fisheries are small-scale (SSFs), in which Endangered marine megafauna – such as sharks, rays and turtles – are often caught for economic and subsistence purposes.

This creates trade-offs between biodiversity conservation and human well-being: a reality we have seen clearly during three-years of research on interdisciplinary approaches to shark conservation across SSFs in Indonesia. Our research revealed the importance of addressing socio-economic drivers of overexploitation; and highlighted incentive-based mechanisms (e.g., performance-based rewards/compensation, livelihood-focused interventions) as promising approaches for delivering simultaneous biodiversity and well-being outcomes.

Our OPEN partnership seeks to translate this research into policy and practice in Indonesia. We are developing targeted policy briefings and joint action plans with government and customary leaders at multiple levels. We are also building on existing collaborations and between governments of UK and Indonesia to support knowledge exchange and evidence-to-action. Finally, we are sharing outcomes and lessons learned with the international conservation community and OPEN network.

Our long-term vision is to catalyse scalable and measurable change, to support implementation of international environmental agreements, and deliver positive outcomes for marine biodiversity and human well-being in Indonesia and beyond.

“The Minister [of Marine Affairs and Fisheries] is interested in adopting a payment approach to communities to conserve the ocean. However, many things still need to be done to see how that approach can be implemented in practice, including technical, legal, and financial systems… Such an important paper [it] is one of good reference [to inform future policies]” 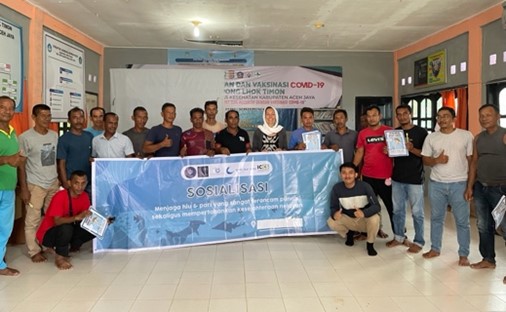 2. Provincial-level policy brief: A policy brief that translates research findings from the Fellow's DPhil, and identifies policy levers for indisciplinary and incentive-based approaches to marine conservation and fisheries management in Aceh Province. This will include theories of change and guidance demonstrating how the approaches can be leveraged to deliver policy goals for the province, and funding sources.

3. National-level policy brief: As above, but focusing on integrating socio-economic issues and incentive-based approaches into national-level conservation and fisheries management policies, and demonstrating how they can deliver national policy goals for Government of Indonesia.

4. Dissemination materials: At least one presentation given to key decision-makers in MMAF, CEFAS and DEFRA, and one blog written for conservation community/OPEN network on results and lessons learned.