A Roaring Trade? Traditional Medicine and The Illegal Trade in Wildlife in Southern Africa

The contentious legal international trade in lion bones to Asia, allegedly to supply the substitute tiger bone market, began in South Africa in February 2008 when the first CITES permits were issued. It was initially unclear to what degree bones were sourced from captive-origin versus wild lions, and thus whether trade was a threat to wild lion populations.

The 2016 CoP17 amplified debates on the lion bone trade, resulting in a compromise agreement under which South Africa is required to establish an annually reviewed export quota for lion bones (set in 2017 at 800 skeletons and proposed for 2018 to be 1500 skeletons). Since few wild lions are hunted and poached within South African protected areas, skeletons for the legal trade appear to be derived from captive bred lions. However, reports of lion poaching in neighbouring countries indicate that further evaluation of the legal and illegal trade is necessary in African lion range states where more threatened and vulnerable wild lion populations occur. Since South Africa’s wild lion population is not threatened, and lion poaching/poisoning for body parts is limited to privately-owned individuals (mainly from captive breeding, keeping or hunting facilities), national research on the trade in lions (bones, derivatives, trophy and live animals) is essential – primarily to expand the understanding of South Africa’s captive lion breeding industry, including its inherent links to wild lion conservation. To this end, we conducted a survey of private facilities owning lions for the core purposes of breeding, hunting, keeping, display and/or rehabilitation (e.g. in a sanctuary).

The study is intended to serve as a ‘situational analysis’ and a prerequisite for understanding factors and dynamics in the investigative landscape pertinent to captive lions and the trade in lion body parts. We report on preliminary results from a national survey with 117 respondents (36% of registered facilities) to 63 questions. 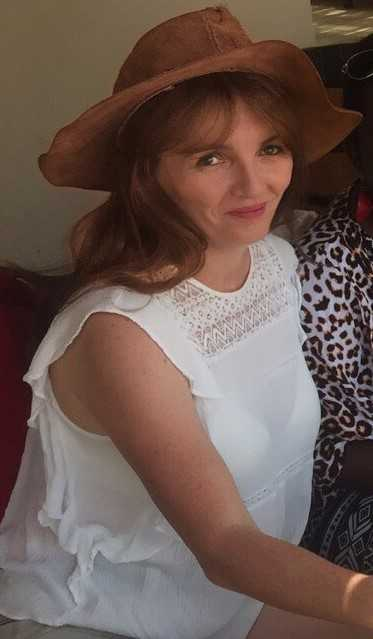 Dr Vivienne Williams is an ethnobiologist, ‘freelance academic’ and Senior Visiting Researcher in the School of Animal, Plant & Environmental Sciences (APES) at the University of the Witwatersrand (Johannesburg, South Africa), and a National Research Foundation (NRF) C1–rated researcher.

Since she first stepped foot in a ‘muthi’ shop run by a sangoma in 1992, the key theme of her research has been wildlife trade (particularly the trade in plants and animals for traditional medicine purposes).

An opportunity to collaborate with WildCRU and TRAFFIC in 2013 expanded her research field to include the domestic and international trade in African lion bones and derivatives, and being the leading researcher and author on several associated publications, for example the 2015 report “Bones of contention: an assessment of the South African trade in African Lion Panthera leo bones and other body parts”.

She has undertaken applied multi-disciplinary research in traditional medicine markets and outlets across South and southern Africa. With students and other collaborators, she has also investigated the trade in diverse taxa for traditional medicine across the continent – such as cycads, orchids, tree bark, birds, reptiles, pangolins and large carnivores.

She is currently collaborating with SANBI and Michael ‘t Sas-Rolfes (ICCS Research Associate) to analyse and monitor the lion captive breeding industry and lion bone trade and in South Africa.

For more info on her publications, see https://sites.google.com/view/wildscience/home or https://www.researchgate.net/profile/Vivienne_Williams.