Sharks and rays: worth more alive, but to whom?

We all roll backwards off the boat with a splash, and begin to descend immediately. A negative entry – with our buoyancy control devices empty of air - because the currents are strong. We need to reach the ledge at 26m and grab on, before the hurtling flux of water rips us off the dive site completely, and spits us out somewhere on the coast of Australia.

The grey silhouettes emerge from the blue as we kick down. One, two, three white tip reef sharks circling the outcrop, a couple of greys patrolling further out back. I let out a small squeal of delight through my regulator, and hook on to the reef to enjoy the show. More sharks emerge, at least ten of them now, amid hunting trevally and fleeing fusiliers. A tank bang rings out as a spotted eagle ray cruises past on our right.

Komodo National Park in Indonesia is one of the final frontiers of marine biodiversity. The wild currents and teeming reefs mean its regularly rated as one of the top 10 diving destinations in the world. In Komodo, you’re almost guaranteed to get up-close and personal with ‘the big stuff’, and wealthy, thrill-seeking tourists pay US$100-150 per day for such a privilege. Manta rays create the biggest draw, bringing more than US$ 10 million per year to Indonesia through dive tourism. While a more recent report by the Wildlife Conservation Society Indonesia Program estimate Indonesia’s total shark and ray tourism value at around US$ 98.6 to 232.6 million per year, generated by more than 200,000 shark and ray tourists. This makes up 9.9% - 23.3% of the total USD 1 billion annual marine tourism revenue in Indonesia. 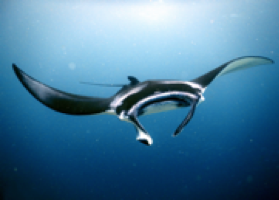 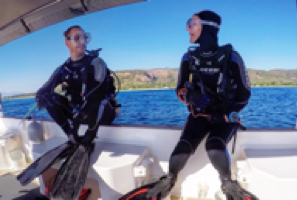 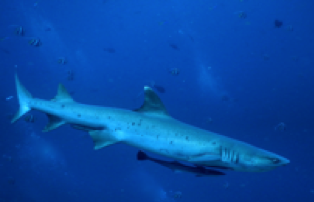 In a remote fishing port on a different Indonesian island, far from the air-conditioned hotels, luxury liveaboards and strawberry smoothie bowls, local fishermen use bamboo poles to drag their catch from a small fishing vessel on to the harbour. The catch consists of silky sharks, hammerhead sharks and devil rays, amongst others. A few years ago, there would have been manta rays as well, but since they became a protected species in 2014, the fishermen no longer catch them.

At the harbour, the sharks and rays will be auctioned off to the highest bidder. On average, a 1,500kg haul from a 3-week fishing trip will sell for around IDR 16 million, or US$1,100. It works out at roughly $35 per shark. The bodies are processed directly in the harbour. Shark fins and devil ray gills are sold on for international export, while meat, skin and cartilage are used locally. The total annual export value of shark and ray products from Indonesia is estimated in the region of US$125 million. 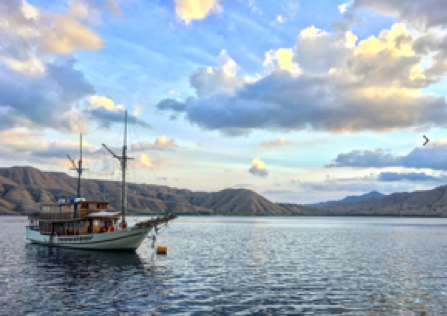 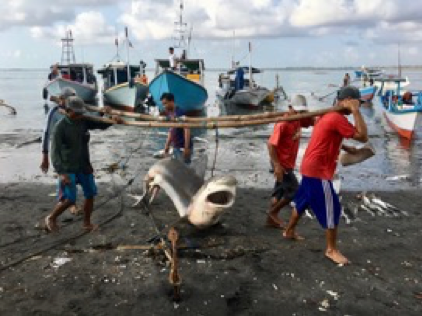 An increasing number of international tourists, journalists and activists visit the fishing port, mourning the dead sharks and shaking their heads disgustedly at the locals. Emotive stories are written about the ‘shark slaughter’, and campaigns are published about people’s seemingly cruel and irrational economic choices: 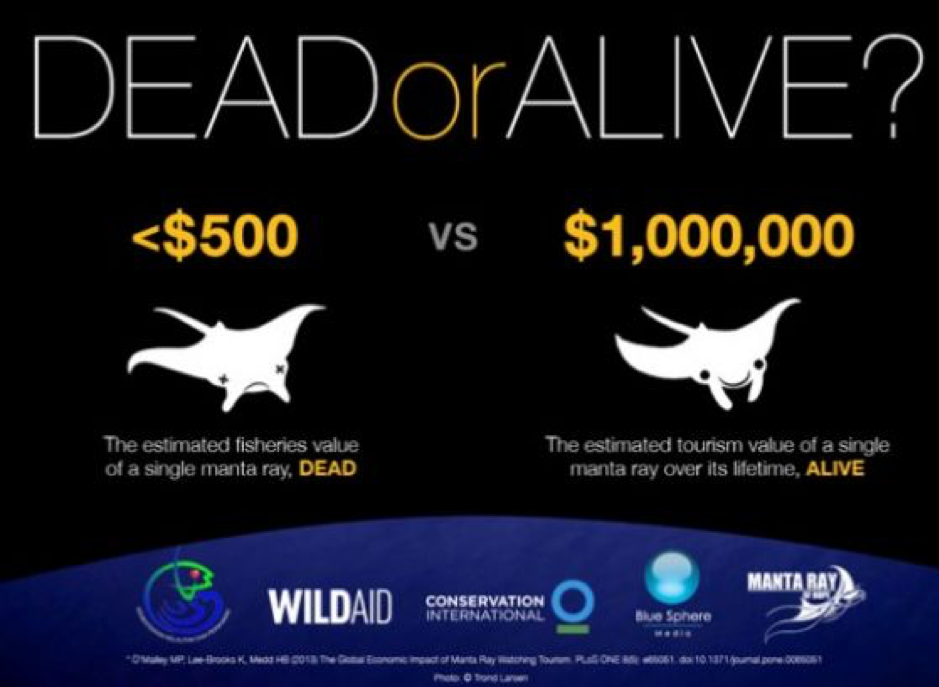 Indonesia is the world’s largest shark and ray fishing nation. Current levels of catch for most species across many fisheries are almost certainly unsustainable. There is an urgent need to reduce shark fishing mortality in Indonesia. However, the people who visit the marine parks, or stumble across the depressing fishing ports, are rarely exposed to the poverty which characterises many of Indonesia’s small-scale fisheries.

Isolated coastal communities are highly dependent on ocean resources – including sharks - for their livelihoods and food security. Shark fishers commonly live below the poverty line, and may need to feed a household of up to 7 or 8 children. At less than 20 cents per serving, shark meat represents one of the cheapest available sources of animal protein in some of Indonesia’s poorest provinces. What is more, a lack of infrastructure, market access, capital and skills preclude shark fisher’s participation in other forms of employment. Shark and ray tourism hotspots have sprung up in several locations across Indonesia, but these are often far from shark fishing communities, while fishers themselves often lack the capital or skills to participate in the tourism sector. 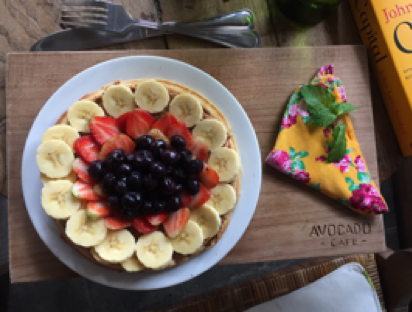 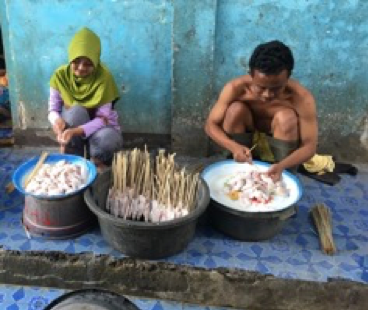 As such, while sharks are worth more alive to some, these economic benefits are rarely (if at all) available to the fishers who depend on shark capture and consumption. Rather, most tourism value is captured by a relatively small number of tourism companies. This ultimately creates a trade-off between conservation objectives and tourism values on the one hand, and the socio-economic needs and well-being of fishers on the other.

How can we manage these trade-offs?

Through my PhD research with ICCS at the University of Oxford, I am seeking to understand and address some of these challenges.

I am using a novel framework – the mitigation hierarchy – to understand potential fisheries management measures for reducing mortality of priority shark species, and to estimate the socio-economic costs of these implementing these measures for fishers. I will then use novel approaches for predictive conservation, such as choice experiments and scenarios, to design creative economic instruments for offsetting these costs and incentivising shark conservation. In particular, I hope to engage the dive tourism sector to understand their willingness and preferences for contributing to a payments for ecosystem services (PES) scheme for shark conservation, whilst also engaging shark fishers to understand their likely responses to and preferences for economic incentives.

Through this research I hope to understand:

Overall, the findings will help to shape management interventions that can create better outcomes for sharks and people in Indonesia, such that sharks can continue to be worth more alive – but to everyone.