Contributor Last month I had the privilege of visiting the Tswalu Game Reserve in the Kalahari region of South Africa. Tswalu is an exemplary private conservation initiative that has set aside a substantial portion of former degraded agricultural land to restore natural ecosystem processes and provide a haven for various rare and endangered large mammals such as African wild dogs and black rhinos. 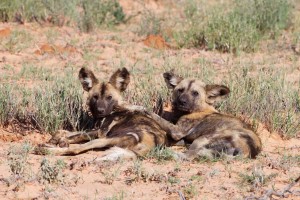 It was a delight to witness both of these species thriving in their new home, especially the rhinos, which continue to face severe poaching pressure in most parts of their range.

The rhino-poaching crisis remains one of the world’s most complex contemporary conservation challenges and opinions tend to be sharply divided over appropriate solutions.

The South African government recently decided against submitting a proposal to the Convention on International Trade in Endangered Species (CITES) to establish a legal international trade in rhino horn, but will continue to retain accumulated horn stockpiles. At the eleventh hour, neighbouring Swaziland did submit a trading proposal, which will no doubt create a stir at the forthcoming CITES Conference of Parties, to be held in South Africa in late September. At the start of this year I attended the CITES Standing Committee meeting in Geneva, where it was clear that many of the world’s nations and conservation NGOs have become sceptical if not outright hostile toward allowing any legal trade in the products of certain species. Most of this animosity is directed at the trade in elephant ivory, but the rhino horn trade is typically considered as a very similar case: Kenya has included 1,35 tons of rhino horn in its well publicised burn of 105 tons of stockpiled ivory.

However, there are some striking differences between the rhino horn and ivory trades. Rhino horn is a scarcer commodity, but can also be grown at a much faster rate than ivory and can be harvested non-lethally.  One of the world’s five extant species, the southern white rhino, can feasibly be managed under semi-intensive conditions (i.e. ranched) as demonstrated by entrepreneur John Hume, who has established a breeding herd of some 1,200 animals on his extensive South African property, Buffalo Dream Ranch (see photo). 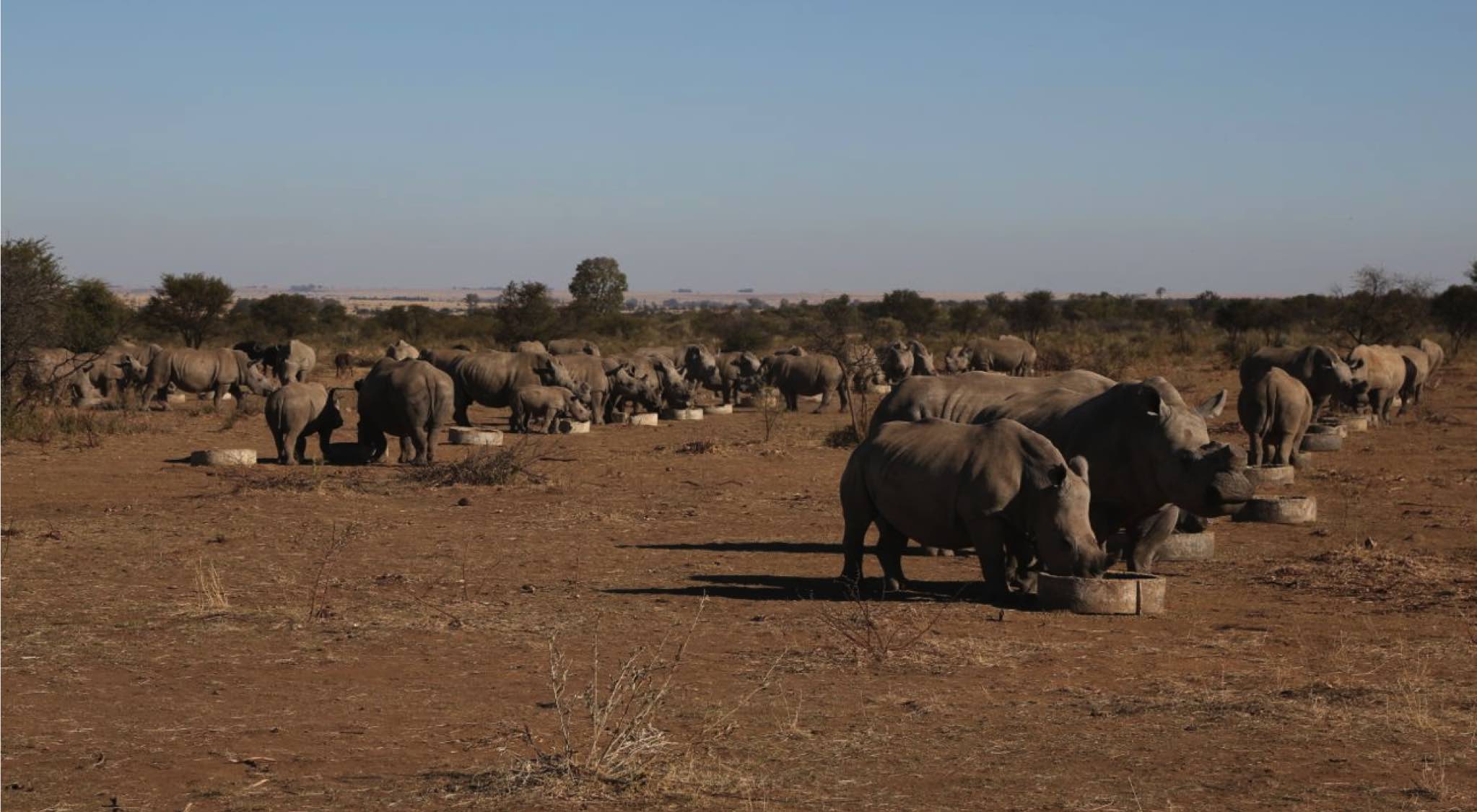 Each month Hume spends a small fortune on security, supplementary feeding and veterinary care of his animals and he routinely dehorns them as an additional anti-poaching measure. He is stockpiling the removed horn pieces in the hope that he may eventually sell them to recover some of the costs of his breeding operation.

In February this year I attended the biannual meeting of the IUCN SSC African Rhino Specialist Group (AfRSG), at which various conservation scientists pondered the implications of Hume’s approach to rhino breeding. Some query the conservation value of such semi-intensive management, which raises interesting questions about what exactly constitutes a wild rhino. An assessment undertaken by two AfRSG members concluded that Hume’s rhinos were fit for re-introduction to purely wild conditions and that for now his facility does have conservation value. However, if rhino horn trade were to be legalised, might it be possible that rhinos become selectively bred for commercially desirable attributes and would such animals then cross a particular ‘wildness threshold’ beyond which they may no longer be considered as having conservation value? 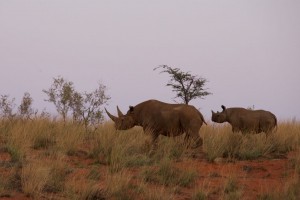 This question of ‘wildness’ is of particular interest to me as I commence my doctoral research into the contested future of Africa’s rhinos and elephants. The conventional approach of African governments setting aside extensive protected areas has had limited success in conserving the continent’s large mammal species in the face of rapidly expanding human populations, many of which remain impoverished and alienated from wildlife. Many Africans see wildlife as a food source or potential nuisance that may be quietly eliminated to make way for conventional agriculture. Many African governments simply do not have the resources to effectively manage and protect large tracts of land with populations of rhinos and elephants, which require substantial security spending to protect them against increasingly sophisticated and aggressive poaching onslaughts. In the case of rhinos, the private sector plays an increasingly vital role in protecting them, either by way of direct ownership or NGO engagement. The reality in Africa is that rhino populations are increasingly being redistributed from large public land areas to more intensively managed private properties. How might this impact upon their wildness?

There is no doubt that private initiatives such as Tswalu and Buffalo Dream Ranch will play a vital role in the future of African rhino conservation. The challenge for conservationists is determine how best to integrate the widely divergent interests of various public and private role players.