If new international protections are going to save sharks, we must work with shark fishers

Sharks, rays and their cartilaginous relatives are threatened with extinction. The primary threat to this ancient and diverse species group is overfishing.

In the eyes of the media and general public, this fishing pressure is driven by ‘finning’. In the classic narrative, reckless, cold-hearted ‘shark hunters’ target sharks for their valuable fins. They capture the sharks, chop off their fins, and cruelly and wastefully throw the dying bodies back in to the ocean. They go on to sell the fins for hundreds of dollars. All of this to fuel a greedy desire for shark fin soup in Asian markets. Surely then, if we want to save sharks, all we need to do is ban shark fishing and criminalise the fin trade, as we have done with elephants, rhinos and tigers?

While this binary narrative is conceptually appealing and helps us to shift blame on to ‘the bad guys over there’, it is a dramatic oversimplification. There is no doubt that demand for fins and finning are a part of the problem. However, since most sharks are killed as incidental or secondary catch in non-target fisheries, focusing on finning and fin trade alone is not going to provide a sufficient solution.

A recent paper on the neglected complexities of shark fisheries, by researchers from the University of Oxford and the US National Oceanographic and Atmospheric Administration (NOAA), provides a critical review of current approaches and assumptions for managing shark mortality in fisheries.

The paper argues that huge strides are being made in terms of macro-economic regulatory change – such as new international trade controls being enacted under the Convention on International Trade in Endangered Species of Wild Fauna and Flora (CITES). This is also supported by a growing body of shark science, illuminating the biological and technical risks to sharks based on their life-history and vulnerability to capture in fisheries. However, a gap still remains on how we translate this high-level policy and science in to fewer dead sharks in fisheries.

According to the authors, this gap is due to flawed assumptions about the nature of and motivations for shark fishing, and how fishers make decisions and respond to regulations and incentives. 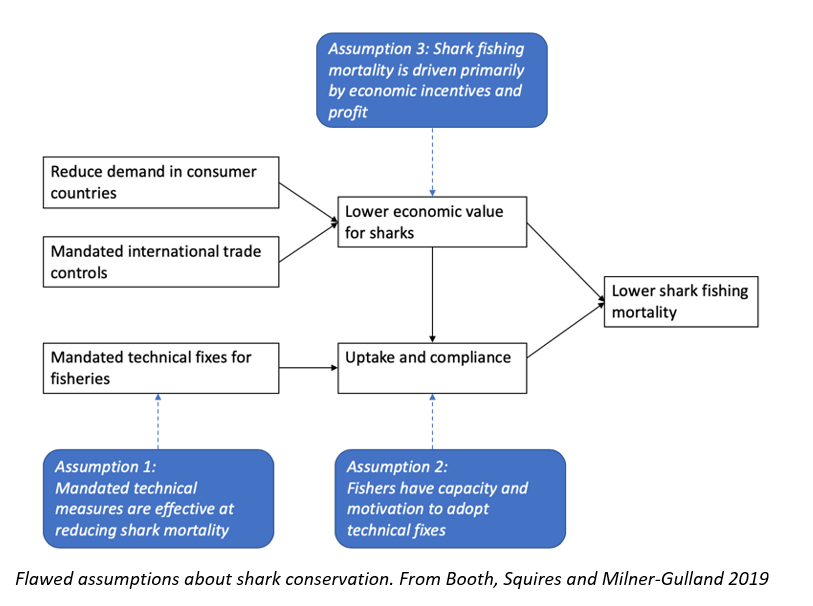 Contrary to the popular narrative that sharks are mainly caught for the fin trade, sharks are in fact caught across a wide range of fisheries and gear-types, and for a variety of reasons – including economic profit, accidental catch, food security and cultural beliefs. Available data suggests that the majority of the world’s shark mortality is due to incidental catch in non-target fisheries. In particular, for some of the world’s most commercially important species such as tuna and billfish.  As such, many western seafood consumers – the very same people who condemn ‘shark hunters’ – are indirectly and unknowingly driving shark mortality. 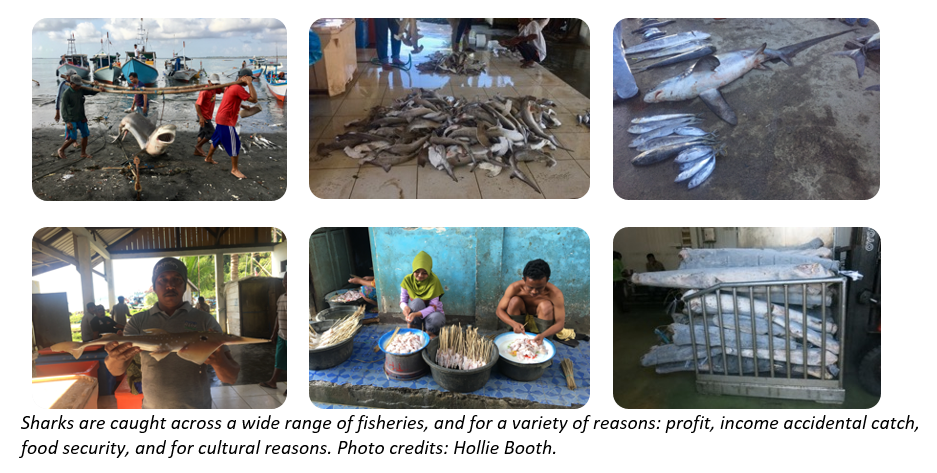 What is more, most contemporary shark management has been designed in high-resource, high-capacity countries such as Australia and the US. While lower income countries, which are dominated by ocean-dependent small-scale fisheries, make up the majority of total global shark catch. In countries with the largest shark catches, such as Indonesia and India, many people fundamentally depend on fisheries – including sharks – for their lives, livelihoods and well-being.

“In the highest priority countries for shark conservation, managing shark fishing is much more than a biological, technical and macro-economic issue; it is also a human issue. Effective management in these contexts necessitates a holistic approach, which acknowledges the need to foster compliance with rules, develop supportive institutions, understand socio-economic barriers to implementation, and consider human behaviour as a key source of uncertainty in fisheries management”

Through reviewing existing literature on shark fishing and fisheries management, the paper demonstrates that these flawed assumptions are creating a socio-economic implementation gap for shark conservation. 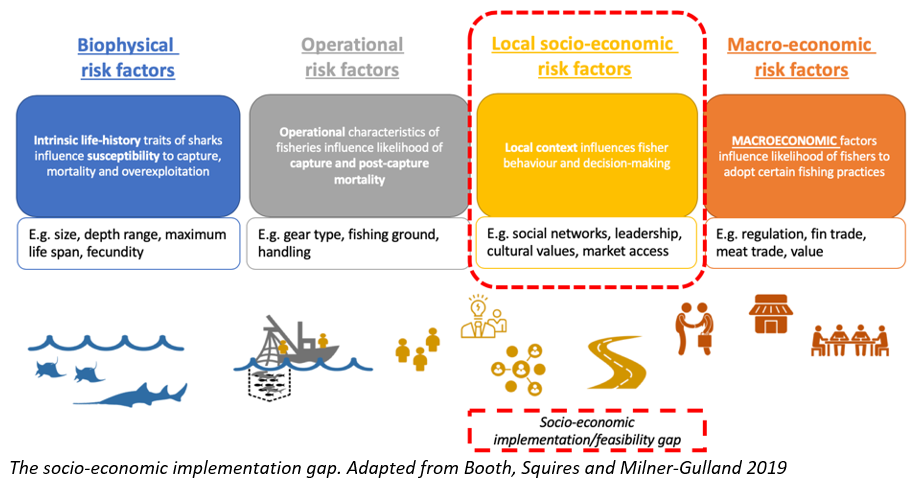 These flawed assumptions can lead to ineffective measures and unintended consequences for sharks and other marine species. They can also lead to unrealised benefits and unacceptable costs to people in vulnerable coastal communities. We also explore how modern theories of behavioural economics, such as cognitive biases and social influences, should be drawn from to truly change at-sea fishing behaviour and decision-making.

Finally, the authors argue that the human dimensions of shark fisheries need to be explicitly incorporated into fisheries risk assessments and decision-making processes for shark conservation. This could be achieved through three-dimensional risk assessments, which incorporate socio-economic variables alongside the typical biological and operational factors that are usually considered. Such assessments need to be supported by more research into the human dimensions of shark fisheries, to understand the drivers and motivations of fishers, as well as holistic management frameworks which can incorporate diverse contexts and complexity. 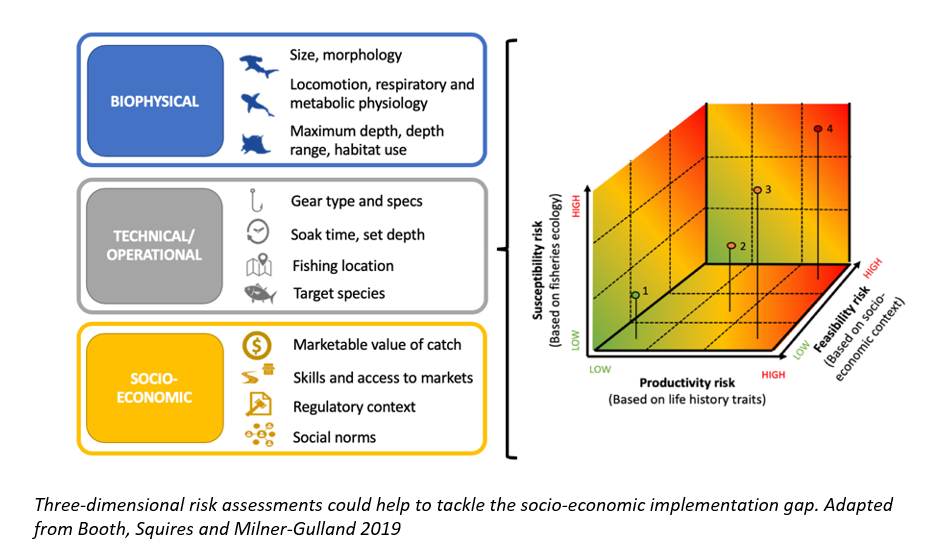 Overall, a more holistic approach to risk-based decision-making for shark conservation can enable trade-offs between shark conservation objectives and socio-economic objectives to be made explicit. In turn, acknowledging trade-offs can encourage creative thinking with regard to policies and instruments that aid uptake and compliance. This could help managers to identify feasible management measures and to achieve better outcomes for sharks and people. 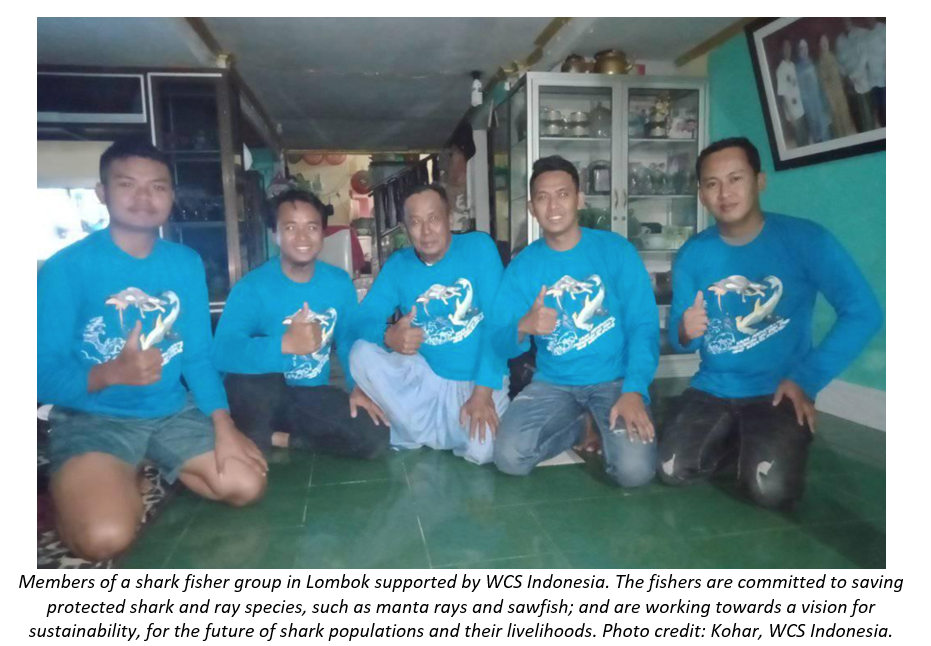